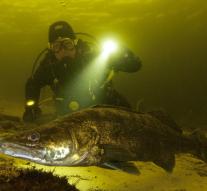 palma de mallorca - Archaeologists have in the Mediterranean discovered the wreck of a 1,800 year old Roman ship. The discovery was made near the island of Cabrera, a 14 kilometers south of Mallorca. The experts told Friday in the local press that buried the wreck 70 meters deep under a mountain amphorae, the famous jugs with two handles.

Two divers from the Institute for Underwater Archaeology in the Balearic localized classic craft in October and took pictures. 'To our knowledge this is the first wreck in Spanish waters that since the sinking by no human hand has touched,' said the discoverer Javier Rodríguez.

He said being tipped by fishermen who had seen the spot shards of pottery utensils in their nets. Then in April last year decided to send an expedition to the area to search the seabed with an underwater robot. That produced images of the amphoras.