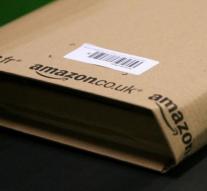 - Online store Amazon has more than 1000 people have been charged because they are positioned according to the company against payment of fake reviews on products in the shop.

The company has filed charges against a total of 1 114 people who all are labeled with the name ' John Doe '. Amazon does not know the real names because the services through the site Fiverr.com are offered, often under false names.

With this indictment in hand hoping to force the site to release the real names of users. According to Amazon, it may well be a low number of fake reviewers, the practice generally affected customer confidence in the reviews on.

In April it already complained several websites on which reviews are available for a surcharge.