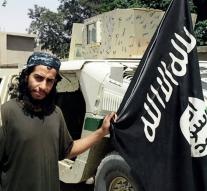 amsterdam - The large police operation in the district of Saint- Denis in Paris would focus on the arrest of the Belgian-Moroccan terror suspect Abdelhamid Abaaoud says French media authority of well-informed sources in the police and judiciary. He would be the mastermind behind the attacks in Paris