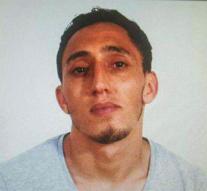 barcelona - The Spanish police arrested one suspect of the terrorist attack in Barcelona, ​​according to unconfirmed reports in Spanish media. The public TVE and the newspaper El Independiente reported that the suspect who is in charge of Driss Oukabir is called. They published photos of the young looking man.

The police action after the attack does not seem to be over with the arrest.