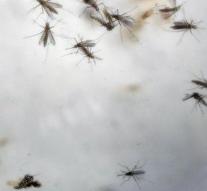 - Two experimental vaccines against the dreaded zikavirus have been successfully tested on mice. After a single injection, the rodents were found fully protected when they are one or two months later were exposed to the virus that is transmitted by mosquitoes stabbing.

It has an American research team, led by Harvard professor Dan Barouch, published Tuesday in the journal Nature.

'This is an encouraging step for the development of a vaccine against zika and pre-clinical tests. This information is very useful to compare the set of resources that are being worked elsewhere, '' replied Adrian Hill, who as director of the Jenner Institute of the University of Oxford has been engaged in this field.


The now tested vaccines are of two different types. Barouch and colleagues created a DNA version with genetic material from a Brazilian strain of zikavirus. The other was developed by scientists at the Walter Reed Institute of Maryland based on a purified and inactivated virus from Puerto Rico. Both provided 100 percent protection. A promising study with monkeys is going on.