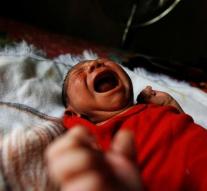 - Pregnant women may be better not to an area near the US city of Miami travel related to the zikavirus there. The warning from US health authorities Monday following the discovery of ten new infections in the region in Florida.

Previously there were four infections registered by probably mosquitoes. These were the first cases in the United States. There were already established infections in the US incurred outside the country, as well as infection through sex.

The zikavirus is associated with an abnormality in babies, the so-called microcephaly, resulting in a too small size skull and lagging development of the brains.


Authorities in Britain advise pregnant women for several days to postpone their trip to Florida if that is not necessarily required, the BBC reported Monday.