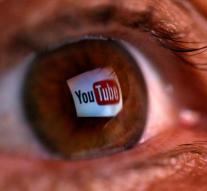 mountain view - Google has been working on a completely new design for YouTube, and from Tuesday, people with an early version of the interface can get started. The new design fits all in Google's Material Design style and, besides the traditional white layout, a black version has also been introduced.

According to Google, the dark interface gives you a somewhat quieter design and better coloring in videos. The new design is not exclusive to desktop, Google also promises to roll out to the different mobile versions of YouTube.

For developers it is interesting that the new design has been built on a completely new foundation: Polymer. This new framework makes it easier for future developments to be implemented in the future.