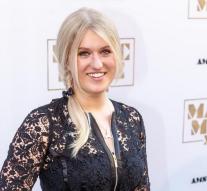 - Britt Dekker and Esra de Ruiter have 100,000 subscribers on their YouTube Channel PaardenpraatTV. That gives the two ladies a Silver Creator Award from the video streaming service.

With the 100,000 subscribers, Britt and Ezra have the largest horse race in the Benelux. 'Wow! 100,000 subscribers with a horse channel! I knew it was possible to get it, but never expected it to be so fast. Compared to makeup, styling or hair, equestrian sport is only a small target, so it's extraordinary that this has already been done! 'Says Dekker in a comment.

Ezra is also fond of the milestone. 'It's really unbelievable. Are there really so many horses in the Netherlands? About 3 years ago I received a cake because we had 1,000 subscribers. Now suddenly 100 times as much. Without all fans, our team and family, this had never really been successful. '

On PaardenpraatTV there are movies for people who just start riding or just want to know everything about the animals. Britt and Ezra's horses Eve, Jack, Parino and Halloween are also featured in the videos.