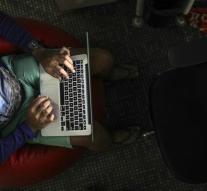 london - Interpol is deeply concerned about the popularity of cybercrime among young people. Police intervention is hardly scared, and the tool to get on the wrong path is free, warns Head Cyber ​​Strategy Christophe Durand.

'For young people it has become a status symbol to break into computers,' said Durand. 'With professional criminals you often see a financial motive, but young people simply go for fame and the kick. '

Partly under the flag of Interpol, international cooperation is intensified to counter cybercrime and to defeat the perpetrators. On young people, however, that makes little impression, sighed Durand. 'It's a matter of education. We will do everything we can to tell them about the risks of this type of activity, but the effect is limited. '

Durand spoke on Cloudsec, a major international conference in London on cybersecurity. There he repeated that tools for hacking are easily found on the internet. For example, there is a special version of Linux, Kali, which includes commonly used hack programs by default.

For example, a fake mail can be sent to teachers to get rid of passwords or access their computer. There is hardly any technical knowledge needed to use these programs because the Internet explains how they work.

Such information is becoming increasingly detailed, Interpol signals. For example, on the Dark Web, you can find complete manuals about what police services can and should do against cybercrime. Criminals therefore become more useful in circumventing police supervision. Interpol has now learned to live, says Durand.

'Potential criminals also see how far we go to fight cybercrime in these types of manuals. That will hopefully be terrifying. '