Home / Tech / Young people are not afraid of robots 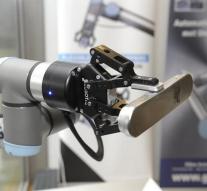 - More than two-thirds of the students are not afraid that there will be no jobs available in their chosen field of study because of robotics. According to research by Young Capital.

Striking is the greatest fear among graduate students. Specifies a third party to be 'a little scared', with another 6.67 percent which says to be 'very worried' that there will be job losses because of the robot.

The higher the educational level, the less the fear is. The HBO students give to be 76 percent to not be afraid. That lies with the university students at 79 percent.

'Occupations where your strong interpersonal skills are needed, are more resistant to robotics and automation,' says Dr. Marcia Goddard, inhouse neuroscientist at Young Capital. 'Your personality will in future increasingly important. '