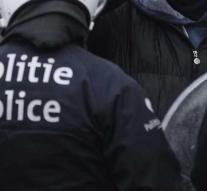 brussels - A young migrant from Guinea who was hiding in Brussels under a bus was crushed by the coach on a Monday night. The bus would drive to Great Britain via Bruges. Just outside Brussels, a bus driver who came from the opposite direction saw feet under the bus. He gestured to his colleague, who then braked, crushing the 20-year-old stowaway.

Before the departure of the North Station in Brussels, the driver had already driven away some migrants who were trying to hide under the bus. In spite of this, the young man nevertheless managed to cling to the axle underneath the vehicle unseen.

The fire department had to dismantle part of the bus in order to reach the victim. The federal prosecutor's office investigates the case and has ordered an autopsy.