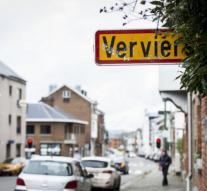 verviers - On the Internet, a video surfaced in which one teen at night walking through shopping streets in the Belgian Verviers and calls in Arabic to murder Christians. The mayor of Verviers take the matter seriously and has enabled the police, Belgian media reported Monday.

The short film was posted Sunday on the messaging Telegram.,, Oh Allah, destroy the hated Christians. Kill them all, saving not one, '' said an estimated fifteen year old boy. He has not been identified yet, but sources say the Walloon newspaper La Meuse that it is the son of a radical imam.