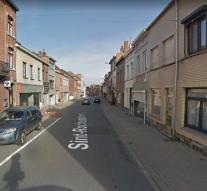 halle - A family with young children lived on a ticking time bomb for almost a week. The basement of their home in the Belgian Halle, near Brussels, ran out of gas within a few days, according to the fire department. The family did not notice anything for days. According to a neighbor of the family, the grids of the cellar were closed, which allowed the gas to accumulate. Eventually, an alert nurse smoked last Saturday.

The use of one light switch would have been sufficient to cause a huge explosion, reports the Belgian newspaper Het Laatste Nieuws.

After the discovery by the fire brigade, all residents had to leave their homes. 'Tuesday was already a gas smell,' says a neighbor. 'But that disappeared later. The nurse who currently comes home to me to take care of me, kept on talking about that gas smell.' It was again on Saturday, and then I called the firefighter..) The fire brigade said it did not really mess up. '

The cause of the gas leak is not yet clear. The residents, who say that their cellar rarely uses, is now home again.