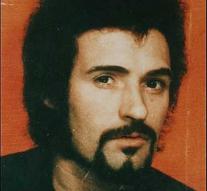 london - The notorious Yorkshire Ripper no longer psychiatric be treated and can be transferred to a regular prison.

The now septuagenarian serial killer Peter Sutcliffe was declared sane, British media reported Friday. He killed thirteen women between 1976 and 1981 by hitting them on the back with a hammer. After their death he mutilated the bodies. Seven women escaped his bloodlust. Sutcliffes victims were often prostitutes.

The truck driver was in 1981 twenty times life but was diagnosed three years later with paranoid schizophrenia. Justice assures that he will never be more at liberty.


Sutcliffe, who calls himself these days Peter Coonan, was caught when police found him with a prostitute in his car. He was arrested when it appeared that his registration number was fake and he had a screwdriver and hammer with him.