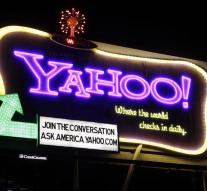 sunnyvale - Yahoo has developed an algorithm that can determine independently whether online comments are offensive or not. The algorithm could determine in 90 percent of cases, whether there was bullying, better than other software that tries the same.

The five Yahoo researchers used a combination of artificial intelligence and crowdsourcing. As a basis they used the responses to messages on Yahoo News and Yahoo Finance.

Most software is trying to gauge reactions by watching hateful words or zinsnedes. If those words are corrupted worked for the software no more and certainly not if vitriol being spewed without using profanity. They also have difficulty with sarcasm.


Yahoo! algorithm analyzed the length of responses, the number of insulting words and punctuation to achieve a picture of the typical offensive comment. People who were trained to recognize bullying comments also gave a score, where the algorithm then learned from.

The algorithm has not been tested outside of Yahoo dataset, but the company thinks it is a 'huge step forward' in the processing of natural language.