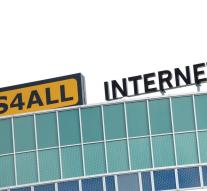 amsterdam - Felipe Rodriguez , founder of Internet provider XS4ALL, after a long illness have been deceased . That made the company , which was incorporated in 1998 by KPN Wednesday.

The Internet in the Netherlands has one of its founders lost, said XS4ALL.  Felipe has an invaluable contribution to the accessibility of the internet in the Netherlands born on February 6, 1969 Rodriquez founded the company, the first Internet service provider for individuals, in 1993 . In 1997, Rodriguez went to the company and was then a member of the European Commission working party on illegal and harmful material on the Internet denounced.

He was also advisor to the Labour Party over the internet legislation .