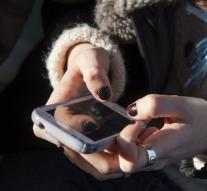 canberra - The spies of the Australian Secret Service are not perfect and make sometimes disappoints. Thus it could happen that security agents were monitoring the wrong phones because they had entered the wrong numbers. The reason: 'fat fingers'.

Spies security as ASIO and ASIS are only human and make mistakes, said the Inspector General of Intelligence and Security Margaret Stone in a speech to a think tank.. It monitors the services and access anywhere. Australians need to understand that these people are not perfect, said the chairman of the watchdog.

'I know accidents happen,' she said, according to the Sydney Morning Herald. 'I remember I experienced an ASIO agent asked about a series of wiretaps involving the wrong numbers were used. I said, 'How can that happen? There are a whole lot. 'And the answer was:' Come with thick fingers. ''