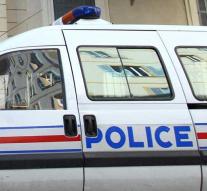 bastia - A man has opened fire on passersby on the Mediterranean island of Corsica. At least five people were injured, the authorities report.

According to the local prefecture, the gunner has entrenched himself in his home in the port city of Bastia. It would be a 70-year-old man, reporting the channel France 3. Images show that heavily armed security forces secure the environment of the house. Nothing has yet been made known about the motives of the perpetrator.