Home / World / Wounded after shooting US 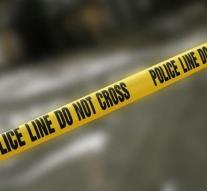 bridgeport - In a shooting in a house in Bridgeport (Connecticut) in the United States thirteen people were injured. There was at that time a party at the house. The perpetrators are missing. They probably shot from behind a hedge of an adjacent garden on the revelers.

The police came down on alert around 1:30 o'clock (local time). They found eleven men and two women with gunshot wounds. All the injured have been taken to hospital. One of the women was hit in the face, her condition is critical.

Police suspect that there were at least two gunmen. It is not clear what their motive.