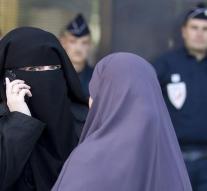 - A Saudi woman has return Friday in Paris made the theft of her watch with a value of EUR 1 million. This said a source at the French police told Reuters.