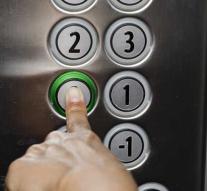 new york city - A 53-year-old woman was released from a lift in New York City Monday after three days. The woman showed signs of dehydration, but was stable.

The employee got stuck on the elevator of the family home of her prosperous boss on Friday, reports Bloomberg.

The homeowners were away for a weekend. Upon returning, they discovered that Marites Fortaliza was trapped between the second and third floors. Firefighters have released her.

The house is owned by Warren Stephens, owner of Stephens Inc. According to Forbes, Stephens' assets are estimated at 2.6 billion dollars.