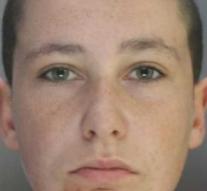 rhyl - The 20-year-old Jordana Davidson from Wales was sentenced to 2.5 years in prison because she sexually abused two underage girls. The lesbian pretended to be a man during her abuse.

Davidson herself announced that at the age of 18 she forced a 13-year-old girl into sexual acts. The Rhyl woman had committed sexual abuse once before with a minor, but then she was also a minor herself.

Davidson came into contact with the girls through Facebook. She pretended to be herself as a boy. According to the judge, the woman exploited the vulnerability of the girls.

In addition to her prison sentence, Davidson must now also follow a course on sexual violence. In addition, she is not allowed to come near her victims for five years.