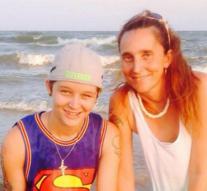 duncan - A 43-year-old American is accused of incest, because she married her 25-year-old daughter. Earlier, the woman got even with her son married.

Patricia Ann Spann and her daughter Misty Dawn Velvet Spann from Oklahoma may have to ten years in jail. Their relationship was discovered during an investigation by the child.

Later it turned out that the woman in 2008, even though married to her son. That marriage lasted fifteen months before the son asked for annulment.


According to local media Spann says she did not know she was doing something illegal, because its name is not on the birth certificate of her daughter. However, she is her birth mother.

Marry a family member is considered legal and incest in Oklahoma. Even if there is no question of sexual relationship. In the state it is legal since 2014 to marry a same-sex partner.