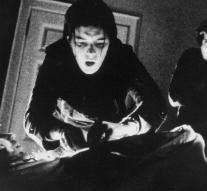 frankfurt - In a hotel room in Frankfurt found the body of a woman who is a victim of ' exorcism '. Five people have been arrested in connection with the case, said the prosecutor in the German town Wednesday.

The suspects are a 44-year-old woman, her 21-year-old son, a 19-year-old daughter and two 15 year old boys. They tied up the 41-year-old victim on a bed and beaten for hours, according to the first study. The woman, who allegedly was possessed by demons, was beaten repeatedly on the abdomen and chest. To suppress the woman's cries she had stuffed a towel into her mouth.Ultimately, the woman came by suffocation. Her body was covered with bruises. Or the ' exorcism ' was at her own request, according to the prosecutor not yet clear.
NEW