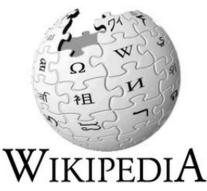 The 1200 active workers are all volunteers, backed by a six-person office in Utrecht. Saturday the volunteers and companies that support the online reference work together at a conference in Utrecht.

Especially men fill Wikipedia pages. ' Because not write more women to Wikipedia, there is a hole in the subjects that we have. We are still missing pages about household items, artists, fashion, feminism, '' said Denise Jansen Wikipedia.

Whoever is considering once writing a wiki can thus meet at the conference. ' But it's not very complicated, you do not have to be logged in to edit Wikipedia. ''

To make credible the online encyclopedia, checks all new contributions. Jansen: ' The same is done by volunteers. Epithets are immediately removed and the product should be supported with resources. Items that will have to be objective about people. If someone is emblazoned in a wiki, that contribution will be deleted anyway. ''

The purpose of Wikipedia is idealistic: to give every person access to all knowledge. The encyclopedia it succeeds very nice, appeared a few years ago a study which published the authoritative journal Nature. It showed that Wikipedia is almost as reliable as the renowned Encyclopaedia Britannica.