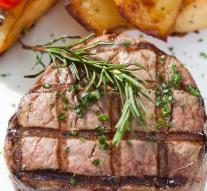 geneve - The World Health Organization (WHO) says a report of processed and red meat last week is misinterpreted. The UN organization now adds that she does not ask if people want to stop eating processed meat.

The organization warned in the report for the meat and reported that each year 34 000 people die from cancer because they eat lots of processed meat. Red meat is probably responsible for 50 000 deaths per year.

" We are not saying that you should completely stop eating meat. Remove flesh from your menu as it has nutritional value ", WHO spokesman Gregory Härtl told The Irish Times. " We just want something not too much done. Research shows that reducing the consumption of processed meat can reduce the risk of colon cancer. "