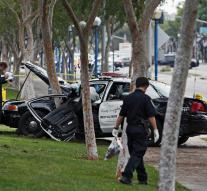 geneve - Although the roads increasingly crowded remains the number of fatalities in traffic worldwide for many years constantly . Since 2007 , a total of 1.25 million deaths each year , according to a report published Monday by the World Health Organization ( WHO).

For years running pedestrians, cyclists and motorcyclists most at risk in traffic. They are, according to the WHO account for half of all fatalities.

Yet in many places on the roads only take into account the needs of the car, says WHO Director - General Margaret Chan. The number of fatal accidents is still unacceptably high, especially among poor people in poor countries, she added.

Efforts to increase road safety, the report shed their fruit and lead to a reduction in the number of serious accidents. But poor countries often have neither the money. In the traffic safety has seen a widening gap between rich and poor countries , says the WHO.