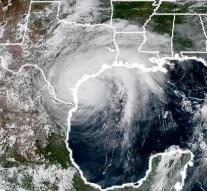 washington - US President Donald Trump has declared the state of emergency in the southern state of Louisiana. As a result, federal agencies can help local authorities to cope with Hurricane Harvey's inconvenience.

The president's decision gives the federal federal aid organization FEMA green light to coordinate disaster response efforts, according to the White House in a statement. Trump also released federal aid to the state of Texas, which was heavily affected by the storm on Friday.

According to the local newspaper Times-Picayune, Governor John Bel Edwards of Louisiana had asked the president Sunday to proclaim multiple districts in disaster areas. Edwards said in a statement of substantial damage due to the emergency weather.