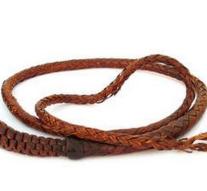 tehran - An Iranian court on Wednesday sentenced fifteen people storming the embassy of Saudi Arabia in Tehran. Three men were sentenced to six months in prison and seventy lashes.

Twelve defendants were given three months' imprisonment. The judge said five others free.

After the execution of a Shiite cleric in Saudi Arabia protesters stormed into the also Shiite Iran in January this year the Saudi embassy. Saudi Arabia broke thereon relations with Tehran.