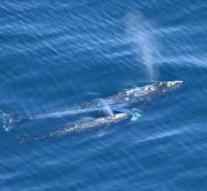 - Amateur Paleontologists found in a gravel pit near Hamburg the skeleton of an estimated 11 million year old whale. A specialist from the Berlin Natural History Museum said Thursday that such a finding is unique in Central Europe.