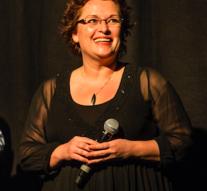 swedish - A new candidate has been reported to become chairman of the PvdA. The Zwolse District Governor Nelleke Vedelaar van Zorg en Sociale Zaken wants to follow Hans Spekman in the autumn, according to the NOS.

Spekman escalates as a result of the election defeat at the Lower House elections of 15 March. Previously, Astrid Oosenbrug and Gerard Oosterwijk reported themselves as candidates. The former parliamentarian and European policy officer want to make a presidency of the presidency.