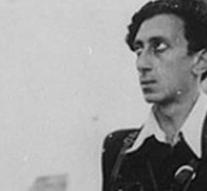 london - A group of Jewish survivors of the Second World War appears to have made a detailed plan just before the end to poison six million Germans for revenge.

That reveals the English TV channel Channel 4 at the end of this month in the documentary 'Holocaust: The revenge plot'.

Abba Kovner, who later became known as a poet in Israel, gathered fifty people who had survived wonder ghettos and concentration camps. The group was called Nakam or the Avengers. The survivors were afraid that most Nazis would escape their just punishment. Their first

Their plan was to poison the water supply of Munich, Nuremberg, Hamburg and Frankfurt.

In the Channel 4 documentary you can hear the voice of Kovner who tells in the late eighties that it would not have been a personal revenge. Abba would have made the tape recordings himself. His grandson found the tapes and handed them to a museum. On tape he says: 'It was something terrible and something new to repay the Germans with this unprecedented action with the same coin. And let them bleed for the death of six million Jews. '

Kovner actually went looking for a chemist who could help him with their 'eye for an eye' plan. He found a specialist, had a large amount of poison, but it never came to an execution of the bizarre plan. English military police heard of the plan and arrested Kovner. He was eventually sentenced to four months in prison.

The remaining group of workers then decided to try to poison imprisoned SS officers in Nuremberg and Dachau. They infiltrated the bakeries and poisoned the bread, according to the documentary.

And that worked: on April 23, 1946, the New York Times reported that 2283 German prisoners had symptoms of poisoning. 207 of them had to go to the hospital. It is unclear whether there were deaths.

Since then, the avengers have stopped. According to the documentary makers because they were afraid to be put away as terrorists. They started a new life and worked on the building of Israel.

Nine of the group still have nine people who regularly keep each other up to date.