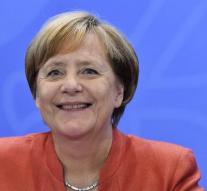 berlin - The website of German Chancellor Angela Merkel was frequently attacked by Russian hackers on Sunday before the TV debate with SPD leader Martin Schulz.

According to Julia Kloeckner of the CDU, there were about 3000 attacks on the website, the majority of the attackers had a Russian IP address.

German intelligence services have repeatedly warned Russian interference in the election campaign. Putin would like to prevent Merkel from being re-elected.

The CDU has not communicated any possible damage or consequences. Since 2015 there have been repeated attacks on political parties and goals such as parliament and political think tanks. The Russian hacker group APT 28 is held responsible for this.

According to the German Ministry of Internal Affairs, there has been an increase in cyber attacks in recent months.