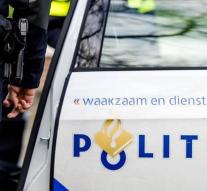 - The website with information and resources against computer blackmail is crowded, police reported Tuesday.

Since July 25, this online portal 'No more Ransome' visited almost 300 000 times. Several hundred visitors have their locked computers by infection got going again by downloading special tools. The site is an initiative of the police, Europol, Intel Security and Kaspersky Lab.

The government and ICT companies will thus fight the 'hostage' of computers and inform the public about the dangers of ransomware. This is spread through infected attachments for example, and stored encrypted files. The user of the computer will receive a message stating that the computer is locked and only after payment is released.