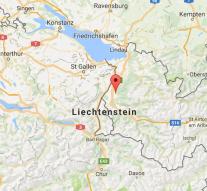 sulz - In the Austrian town of Sulz, close to the border with Switzerland, two people were injured Tuesday morning by a stabbing on a train. The perpetrator was arrested.

It is according to the police to a confused man.

Switzerland last weekend was rocked by a bloody stabbing on a train. A 27-year-old man injured several people mesen them sprinkled with flammable liquid after fire broke out. A woman was killed. The perpetrator not survived. Among the injured is also a six year old boy.


About the motive of the attack the police affect even in the dark. It is not assumed that a terrorist attack or a 'politically motivated and xenophobic crime.'

When the stabbing Tuesday, according to the police there is a 'clearly mentally disturbed man' of 60 years, Austrian media report. Using pepper spray and another passenger, the police could pick the man.

The victims are 19 and 17 years old. They were hit in their belly, back and neck. It is still unclear how severe the injuries.