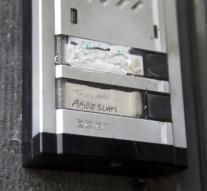 brussels - In the center of Brussels, near the district of Molenbeek, Sunday evening raided in connection with the bloody attacks last month in Paris. This was reported by the French-speaking Belgian broadcaster RTBF.

According to the sources of the broadcast is the purpose of this search in a building Dansaertstraat not specifically to find the whereabouts of the main suspect Salah Abdeslam. This 26-year-old Frenchman who lived in Molenbeek, is wanted as one of the culprits. During the raid is someone detained for questioning.

Of the six attacks on November 13 were 130 deaths and more than 350 wounded. They were devised in Molenbeek.