Home / World / Weather false alarm: no tsunami in the US 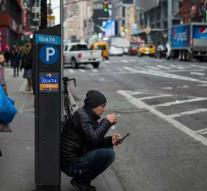 charleston - A routine test with a weather alert from the American meteorological service NWS led to a tsunami warning on the American east coast. Many people received the NWS trial Tuesday on their phone or through other media as if it were a real alarm.

The NWS does not know how this error was made on Tuesday. The NWS stressed that it did not distribute the message itself in public, but that the alarm was sent by at least one other private party. According to NBC News many people in Miami, Charleston, New York and Houston are shocked.

In January, Hawaii was startled by a false alarm about an approaching rocket attack. A message was accidentally sent that a ballistic missile was approaching. The alarm coincided with tensions between President Donald Trump and North Korean dictator Kim Jong-un, who boasted that he could meet American cities with nuclear missiles.