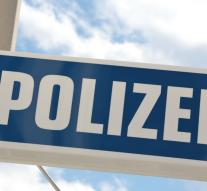 - By a mass brawl in a refugee center in Germany Itzehoe, above Hamburg, six people were injured. During the distribution of food became Friday about fifty people from two camps in the debate, the police said Saturday. That ended in fighting, which was also thrown which includes tables and chairs.

Guards tried to get the situation under control, but the police deployment was needed to bring the fighters apart. Among the injured are two guards. The police arrested three men aged between 16 and 35 years.

It is often out of control in reception centers for asylum seekers in Germany. In early October, for example, there were big fights in Braunschweig and Hamburg.