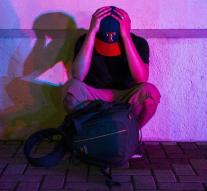 - Again shot a policeman in the US. A few hours after the massacre in Dallas was wounded in Saint Louis, in the US state of Missouri, an agent. How's the victim, is not clear. The shooter was arrested.

During a demonstration against police brutality Thursday in Dallas were certainly shot dead five agents. Six others were injured one of whom is in critical condition.