Home / World / We know this from terrorist suspect London 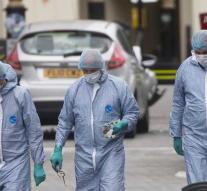 london - The British authorities have overtaken the identity of the man who rode in on pedestrians and cyclists at parliament on Tuesday. According to sources around the government it is about the 29-year-old Salih Khater, report the BBC. He is a British citizen who originally comes from Sudan.

The police arrested the man immediately after the incident at the parliament building in London. A car hit several people there and then came to a standstill against a safety barrier. Three people were injured. The police intervened in three buildings in Birmingham and Nottingham in the aftermath of the incident.

Khater would not have been in the picture at the internal security service MI5 and the anti-terror police. He was, according to the sources of the BBC, a known of the local police.