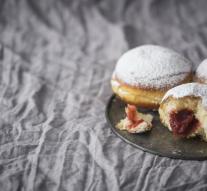 brussels - The food industry succeeds in regulation that should reduce the use of sugar to stop or undermine. Therefore Europe is losing the battle against heart disease, obesity and diabetes due to excessive sugar consumption.

While the industry claims,, public health crisis '' wanting to tackle, but behaves not according to the watchdog. So lobbying,, the sugar industry '' for trade agreements which put pressure undermined laws and regulators and enlisted scientists, says CEO.


Furthermore, large power supply come groups,, weak '' proposals to reduce the amount of sugar in their products on a voluntary basis. In addition, they put lobbying consumers sidelined by aggressive with billion budget, according to the report 'A spoonful of sugar'.

The objective is more stringent regulations, such as a sugar load or clear labels with the amount of added sugars,, to avoid any price, '' the researchers said. They point out that sugar-rich products have the highest profit margin.

,, In her dishonesty and disregard for the health of people the food equals the tactics of the tobacco lobby that we have seen for decades, '' says co-author and freelance journalist Katharine Ainger.