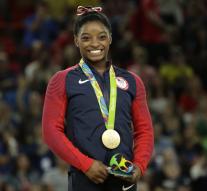 - "International doping agency WADA confirmed Wednesday in Montreal that leaked back confidential medical records of athletes. This, according to WADA the result of an attack by suspected Russian cyber spies earlier in the week."

"The doping agency pointing the finger at Russian hackers who call themselves the 'Fancy Bears. \"WADA has no doubt that the attacks have been carried out in revenge for our investigations have brought to light by the state-controlled doping system in Russia,\" said WADA boss Olivier Niggli."

"WADA suspects that the hackers have gained access to confidential medical information via an account that the International Olympic Committee made for the Olympic Games in Rio. \"We realize that this criminal attack is painful for the athletes concerned and also sow fear among those who participated in the Games in Rio. We regret that criminals are trying to besmirch their reputations in this way,\" said Niggli."