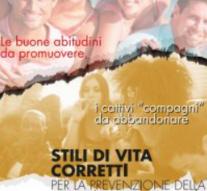 rome - The government campaign to encourage Italians to put more children into the world on Wednesday again fallen into disrepute. Critics detect a racist undertone in a campaign leaflet, reported Italian media.

The brochure shows a passage reproduction touting exclusive pictures of Caucasian couples, while an image of young people with dark skin shines alongside a warning from behavior that hinders the production of offspring. And the campaign did all so reminiscent of the fascist propagation campaigns of the thirties, it sounds on social media.

The Italian government had Thursday, September 22 proclaimed 'vruchtbaarheidsdag' to encourage Italians to multiply above. The campaign ran from the outset to scorn and resentment. Many citizens felt patronized, while government meanwhile would fail to eliminate the many headaches of young parents. Young women complained that they feel addressed as walking wombs.

The birth rate in Italy is the second lowest in Europe. The population is aging rapidly.