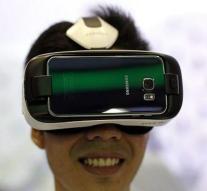 amsterdam - Virtual reality company Jaunt will open an office in Amsterdam. The Jaunt founded in 2013 develops hardware, software, and applications in the field of virtual reality. Include Walt Disney and Google Ventures are investors in the company headquartered in Palo Alto, California. The Amsterdam office is the former naval base.

Co-founder of Jaunt, Arthur van Hoff, argues that Netherlands is the ideal place for the advanced technology of the company. '' As a truly international city of Amsterdam is a hotbed for developers that have been known to stretch the boundaries of technology. ''

According to Prince Constantijn, Special Envoy of the Dutch program for startups Startup Delta, the presence of Jaunt in the Netherlands will encourage the innovative and technological ecosystem of Amsterdam. In turn Jaunt will be able to draw on the large pool of creative minds and great software and VR developers, says the prince.