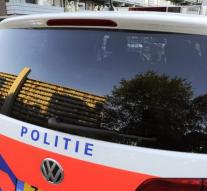 amsterdam - A fugitive Italian was arrested by a special detective team at the Waterlooplein in Amsterdam. The Italian authorities sought the 33-year-old in connection with membership of the Ndrangheta (Sicilian Mafia) and also for drug trafficking.

According to the police, Amsterdam's investigation through information channels claimed that the requested Italian might stop in Amsterdam. From Italy, two detectives fled to provide more information and witness a possible arrest. It soon became clear that he lived in a house in the Valkenburgerstraat. When the fugitive left the house, the police decided to hold him.

Pending the decision of the Amsterdam court on extradition to Italy, the suspect stays in a custody house.