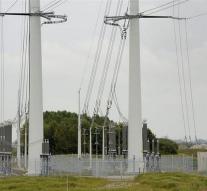 kiev - Advanced malware named Industroyer is capable of causing major damage to power grids and other critical infrastructure. Security company ESET warns that an Industroyer attack may also take place in the Netherlands.

According to researchers from IT security ESET, Industroyer caused a major power outage in Kiev last December. The Ukrainian capital was one hour without power. ESET researchers found traces of the Win32 / Industroyer malware, which can directly control power station switches and power cutters.

ESET considers Industroyer to be the biggest threat to industrial control systems since Stuxnet. That malware is seen as one of the smartest and most dangerous malware ever. The industrial variant found was specifically aimed at one organization in Ukraine. However, according to ESET, it is very easy to modify and use malware for an attack on organizations around the world.

'It is likely that several Dutch energy companies use the same equipment as their colleagues in Ukraine use for the management of the electricity grid. With a few minimal adjustments, the Netherlands can also become a victim of Industroyer,' says General Director Dave Maasland, Managing Director of ESET Netherlands. 'The attack in Ukraine must be a wake up call for all of the world, especially in the Netherlands. '