Home / World / Village in Mali surrounded and massacred: more than a hundred dead 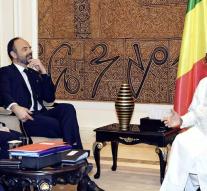 bamako - More than a hundred people were killed in an attack on the village of Ogossagou in the heart of Mali. Women and children would also be among the victims.

The authorities expect the death toll to rise. It is one of the bloodiest attacks in an area that is increasingly suffering from ethnic and jihadist violence.