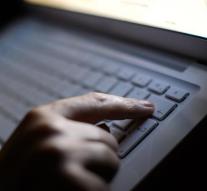 assen - More than 20,000 e-mail accounts shortly receive mail from the police in the northern Netherlands. Credentials that users have been found at a suspect cybercrime. Who has used the accounts for online purchases, signups on gambling sites and defrauding others.

The police do not know if all 20 000 accounts have been abused. Yet those involved are best for the security change their passwords.

The suspect is a 35 year old man in Leeuwarden, which is held in July in Zwolle. He built webshops for companies. On those sites, he added a special program, which he could intercept user names and passwords. He used that information not only to make purchases, but also to read along mails from others. So he could pose as a brother or sister and ask for money. That money did he create anonymous cards.

The case came rolling after the declaration of a shop in 2014. Someone had stuff in the name of a different order. Research showed that there were more done of such declarations.