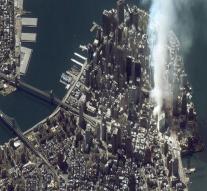 - US President Barack Obama Friday will use its veto to block the 'Law 9/11. Who would survivors and relatives of victims of the attacks may make on September 11 2001 to sue Saudi Arabia for involvement in or financing of terrorist acts.

Josh Earnest, spokesman for the White House, made the decision of the President announced on Thursday. The Obama administration opposes this bill, officially 'Justice Against Sponsors of Terrorism Act known and already approved by the House of Representatives and the Senate, because other countries could use it as an excuse for US diplomats, military personnel or companies to court dragging.