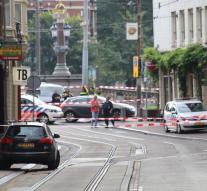 mike mulleramsterdam - Mayor Eberhard van der Laan, Club Abe, found a hand grenade on Thursday morning, closed indefinitely because of the serious danger to public order caused by the discovery of the explosive.

In March 2016, Van der Laan also closed the same premises as a result of a targeted bombardment, which drew free porters. 'The presence of weapons and ammunition in public space seriously jeopardizes the safety of residents and passers-by and affects public order. In view of the seriousness of these facts, the mayor has decided to close the club immediately and indefinitely, 'according to the municipality.